With 10+ US patents and strategic partnership with Facebook and Google, Avataar is deeply committed to re-shaping the digital commerce industry through delivering life-size 3D and XR+AR first experiences across all consumer touchpoints (web, in-app and social channels), using their proprietary platform. Avataar.me works behind the scenes, powering some of the world's largest automobile, retail and e-commerce brands across US, Asia and Europe in delivering delightful, new age experiences for end-consumers, and re-imagining business RoI in the course.

Team Behind The Technology 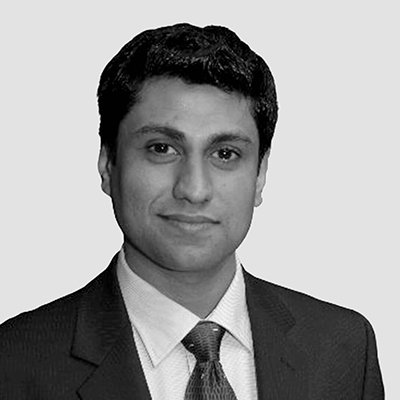 A technology enthusiast and a student for life, Sravanth started Avataar.me in 2014, with a vision to uncover untapped potential from the confluence of Self-learning AI and Computer Vision. His belief stemmed from a fundamental view, advancements in computer vision (with cameras now surpassing the capabilities of a human eye) coupled with AI (analogous to the human brain-eye coordination) can bring about a paradigm shift in visual discovery experiences for consumers and businesses globally.

An engineer at heart, Sravanth spent his formative years in early 2000s as a Program Manager at Microsoft, where he first experienced the power of AI and Computer Vision. Post his MBA at Wharton, and for the first half of the 2010 decade, Sravanth donned the hat of an Investment Banker on Wall Street, helping Tech Entrepreneurs strategise and scale their businesses globally. He advised on transactions across mergers & acquisitions & Nasdaq Technology IPOs, cumulating over $100 billion in value.

Sravanth did his engineering undergrad from IIT Bombay, and is a lead inventor for 10+ US Patents across AI, Computer Vision and data transmission optimisation over mobile wireless networks.

When he is not busy envisioning Avataar’s future, Sravanth spends his time with his family, truly believing every moment is a learning experience. 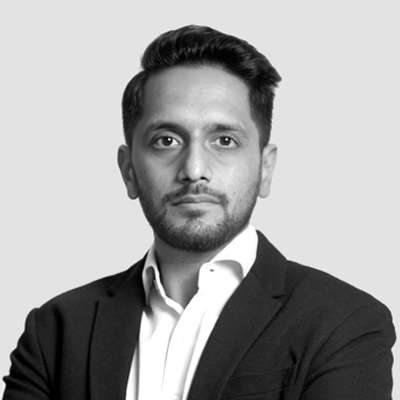 A deep learner who has an unquenchable quest for new experiences; a passionate consumer behaviour student who believes in starting with WHY; a wanderer at heart who seeks out adventure sports; an out and out entrepreneur who got business acumen handed down to him in genes are what describe Gaurav.

In his entrepreneurial journey at Avataar, Gaurav has set out to deliver meaningful & delightful enhancements to visual experiences by deploying 3D Computer Vision and AI technological advancements of Avataar’s proprietary platform. He believes that the way in which end consumers are discovering products today, will undergo a massive transformation with software and hardware evolution in the current decade and wishes for Avataar to play a major role in this. His passion for the consumer tech space started with his role as a tech investment banker at Deutsche, where he became part of boardroom discussions of leading internet companies and learnt about building products at scale.

Gaurav loves to multi-task which could be seen at Avataar where he dons hats of a consumer thinker to a product manager to an RoI outcomes driver to an integration architect as the scenario demands. It was also evident when he completed his CA degree while studying at FMS for his MBA.

If Gaurav is not building Avataar then he could be found on the football field or planning his next exploration. He desires to imbibe nuances of local cultures from different parts of the world and eventually foster a nurturing ecosystem for the next generation. 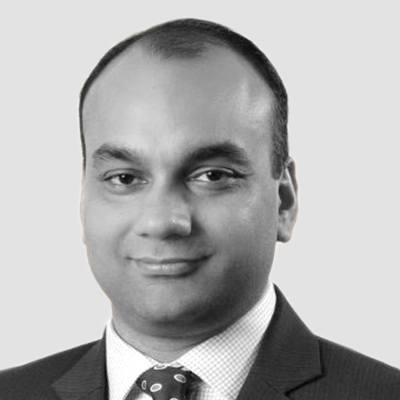 Mayank strongly believes Self Learning AI will not only reshape the man-machine division of duties, but will also unlock enormous value through the creation/ monetization of new business models. His passion for building, a keen mind for business and strategy, combined with a love for seeing tech enabled transformation up close, led him to Avataar.

He started his professional journey as a marketer at Unilever in India, a hallowed training ground for CEOs and deep consumer thinkers, and it shaped his empathy for consumers and product thinking. Post his MBA at Wharton, he further sharpened his commercial acumen at BCG Chicago, serving North American Retail and CPG clients, before jumping into an eventful decade in Private Equity in Asia. As a PE Operating Partner at KKR and a PE backed CEO before that, Mayank was instrumental in helping many entrepreneurs and management teams scale their businesses globally while building best in class operating economics. Observing inspirational entrepreneurs at close quarters while getting steeped in value creation and management team building best practices, eventually shaped his own desire and confidence to build.

A keen follower of stoic philosophy, he believes in bringing a championship mindset to the responsibility of building Avataar while building a culture of excellence.

Mayank completed his undergrad in Computer Science and is a Division I cricketer and an enthusiastic musician.
At home, he can be found performing culinary experiments or engaged in solving jigsaws with his 3 year old, or breaking into song every now and then to entertain the family. 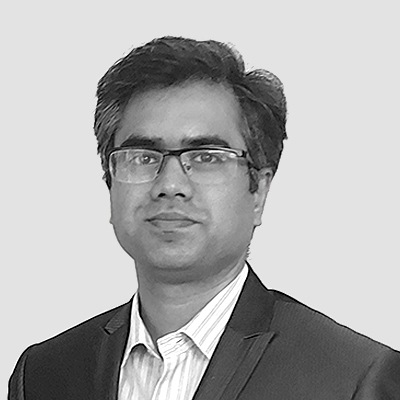 A technology enthusiast, Parikshit has dabbled in multiple technology domains in his career. He started his career in embedded software applications, worked on Video streaming at Amazon, Ads and e-commerce at Flipkart and finally merging AI and fitness at Curefit. He enjoys building and working with innovative engineering teams that dream big.

‍
At Avataar, his focus is on building India's best engineering team that can accelerate the adoption of 3D and AR for everyone, by building tomorrow's technology today. 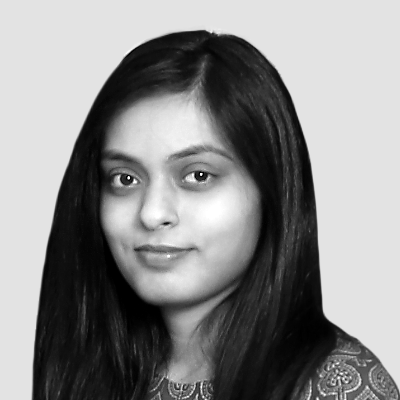 Fascinated with all things beautiful, Sneha developed a passion for design early on in life and made it her life’s mission. After helping some of the biggest companies in India with creative problem solving and building rockstar teams that bridge the gap between functionality and aesthetics for nearly a decade, here at Avataar, she also helps craft highly engaging user journeys and bringing ideas to life. A NIFT Delhi graduate majoring in Communication Design, who started her career art directing for Myntra and later for Ajio, Lifestyle and Autumn Grey, she recently completed her MBA from a leading French B school. 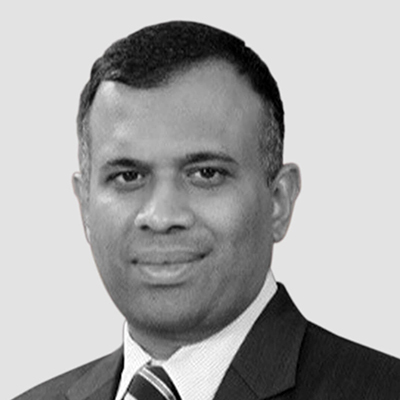 Vithal has a keen interest in Human resources management, behavioural economics, social psychology, positive psychology, personality theory and its applications in organisational contexts. He also has collaborated with researchers in universities for application of interventions within organisations.
A passionate student of organisations he spent his formative years as an Information Technology Systems Integrator in early 2000’s where his experiences included acqui- hiring talent for the fast growing Applications development business, integrating acquired businesses across India and later in South East Asia based out of Singapore. Next he spent time with GE’s various businesses where he got an opportunity to work with some of the finest engineers in the fields of Aircraft Engine design & development and Water treatment solutions. Subsequently he spent a few years with a young and enterprising Power transmission developer based in India.
‍

In all these ventures, he discovered an interest towards the ecosystem of technologists and technology led businesses that are solving some of the most important problems for the society.
Over the last 2 years, he switched to work at fast paced early stage start-ups where he is excited by the transformative journey in a remarkable values driven deep tech company like Avataar.

Outside of work, he enjoys time with his wife and kids solving school homework and learning with them.
Vithal Acharya is an alumni of XLRI, Jamshedpur alumni and has worked in organisations such as HCL Technologies, General Electric, Sterlite Power transmissions ltd. and Ola Electric Mobility. 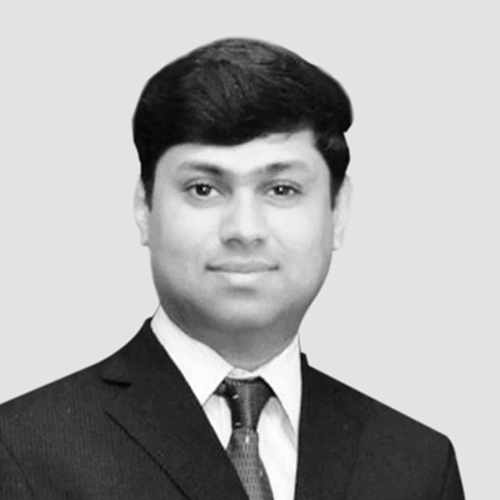 Prashanth is an investor and advisor to several disruptive and innovative start-ups that drive transformation in the technology and digital space. Prashanth has been involved with Avataar from the inception stage - shaping the strategy and enabling global scale-up.

Prior to this, Prashanth was heading Strategy for Facebook in India and led their start-up investments in Meesho and Unacademy. Prashanth has been a partner with Kalaari Capital, focusing on Consumer Internet and Enterprise Technology/SaaS.

Before Kalaari, Prashanth was a Partner with Bain &Company and a key member of Bain’s Technology and Digital practice areas inAsia Pacific.

He brings ~22 years of strategy and business/technology experience across India, US and the UK / Europe.

Prashanth has an MBA (concentration inStrategy and Entrepreneurship) from London Business School and a B. Tech(Hons.) from IIT Kharagpur. 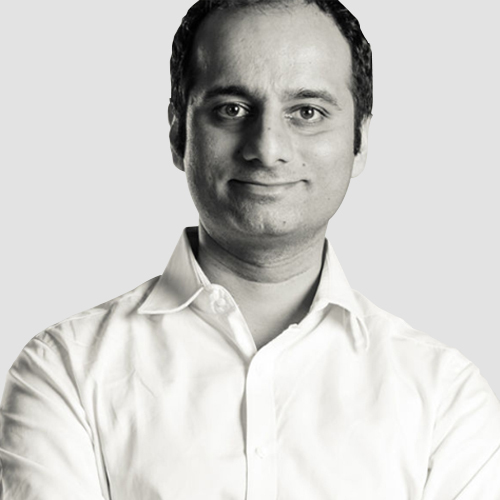 Mr. Shailesh Lakhani is a Managing Director at Sequoia Capital India. At Sequoia he primarily focuses on investments in consumer technology, fintech and SaaS companies. Shailesh has an MBA from the Harvard Business School, and a BASC in Computer Engineering from the University of Waterloo. 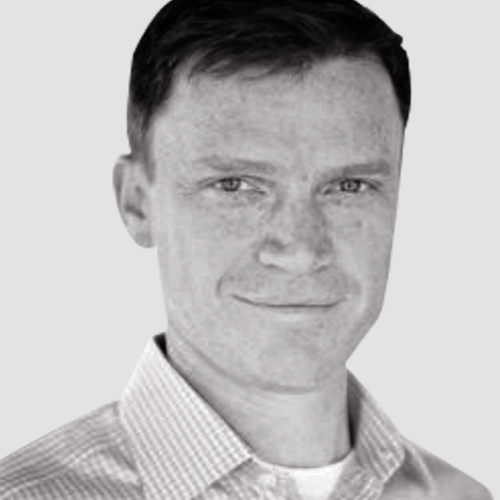 John has spent his career working with retail, distribution, and manufacturing organizations define, execute, and optimize their omni-channel and supply chain strategies and operations.

John is the VP of Product Management in the Demand & Supply Management organization at Nike, focused on driving innovation and transformation as Nike becomes a more digitally powered enterprise. John joined Nike via the acquisition of Celect, where John served as CEO, the leading Inventory Optimization solution for retailers and brands.

Prior to joining the team at Celect, John was VP of Marketing and Product Management at Endeca, acquired by Oracle Corporation in 2012. Upon acquisition by Oracle, John was responsible for the Oracle Commerce omni-channel platform. Prior to Endeca, John was a manager within Deloitte Consulting’s Strategy & Operations practice where he led corporate strategy and supply chain projects.

John holds a BA in Economics and Computer Science from Boston College and received his master’s degree from the Harvard Business School. 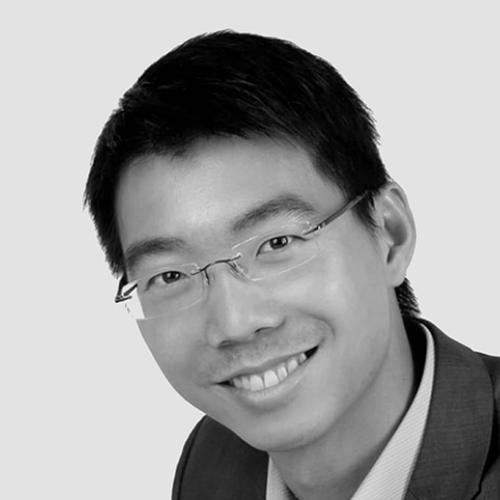 Tim is a startup founder and a global angel investor and advisor. He is founder/CEO of UP Audio, a podcast growth platform and previously started Avid AI, a mobile sports app which was acquired in 2018.

Previously, he was a partner at Sequoia Capital in Silicon Valley, where he invested in early stage mobile and cloud startups and served as a board director for several fast growing software companies. Prior to Sequoia, Tim worked at Google and McKinsey & Company in London.

Tim holds an MBA from Stanford University’s Graduate School of Business and a Masters in Electrical and Information Engineering from Cambridge University. 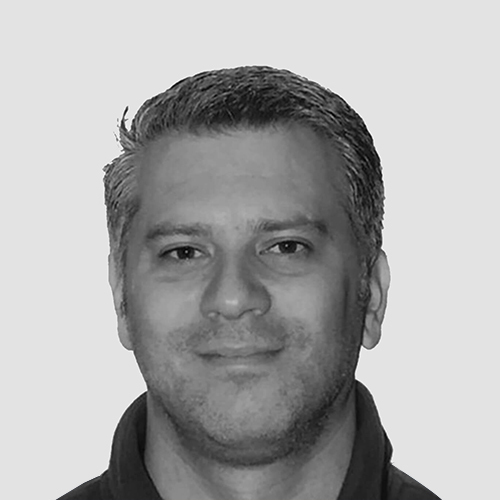 After spending more than 2 decades between The Coca-Cola Company, McKinsey & Co. and Anheuser Busch InBev in increasing scale and complexity staff and P&L accountability roles, Tunç moved on to his next chapter at the age 43. In the last 7 years, Tunç has been splitting his time and efforts between being an angel investor, advisor to companies and managing his own investments.

As an angel investor, Tunç has the priority of WHO before WHAT and looks for the problem being tackled. Tunç practices the principle of being an active investor and has helped various startups with revenue mapping, governance, and founder mentoring.

As an advisor, Tunç has a hands-on approach in which he takes accountability of making things happen - ranging from new strategic decision to company culture formulation and reflecting it into performance routines and people cycle.

Tunç is a passionate life-long learner which pushes him to constantly look for new future shaping developments. In his free time, Tunç would like to travel the world with his family, (after having moved 18 times already in his corporate life), loves cooking, is a wine enthusiast and  loves to listen to classical music and jazz.

His non-negotiable principles in life are:

- Life is all about decisions/choices and the consequences

- Relationships are what are going to be remembered for

- Never forget where you came from

We are passionate innovators shaping the next frontier in digital commerce, through enriching and simplifying consumers’ lives.

We take ownership of our franchise, with complete accountability. We are not spectators or consumers.

Our first allegiance is to the end consumer, alleviating friction in her life, and through this, making our customers score industry defining outcomes.

We are nothing if not honest and ethical. We will always voice our opinion but commit to the team decision.

We do and show... and seize the initiative.

We are committed to raising the bar every day.

Our diversity of origins and viewpoints makes us stronger as a team.

We are lifelong learners. We fail only when we stop learning.